But as he considered these things, behold, an angel of the Lord appeared to him in a dream, saying, “Joseph, son of David, do not fear to take Mary as your wife, for that which is conceived in her is from the Holy Spirit. 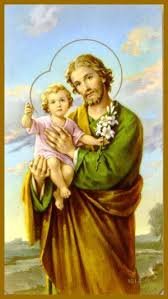 WITH A FATHER’S HEART: that is how Joseph loved Jesus, whom all four Gospels refer to as “the son of Joseph.” 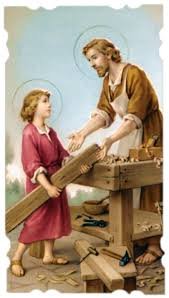 Avoiding Bethlehem and possible actions by Herod’s successor, Joseph, Mary and Jesus settled in Nazareth, Galilee. The Gospels describe Joseph as a “tekton,” which traditionally has meant “carpenter,” and it is assumed that Joseph taught his craft to Jesus in Nazareth.

After Mary, the Mother of God, no saint is mentioned more frequently in the papal magisterium than Joseph, her spouse. The Gospels handed down limited information to fully appreciate his central role in the history of salvation. Blessed Pius IX declared him “Patron of the Catholic Church,” Venerable Pius XII proposed him as “Patron of Workers,” and Saint John Paul II as “Guardian of the Redeemer.” Saint Joseph is universally invoked as the “Patron of a Happy Death.”

The greatness of Saint Joseph is that he was the spouse of Mary and the father of Jesus. In this way, he placed himself, in the words of Saint John Chrysostom, “at the service of the entire plan of salvation.”

The husband of Mary and earthly father of Jesus, Joseph is often referred to as the father in the shadows. None of Joseph’s words are written in the gospels, and little was recorded about his life. He is a descendant of royal lineage, the line of David. Symbols associated with Joseph are the carpenters square and lily. The carpenter’s square not only signifies Joseph’s trade but also the concept of truth. The lily represents purity and Joseph’s celibate marriage to the Virgin Mary.

19 March was dedicated to Saint Joseph in several Western calendars by the 10th century, and this custom was established in Rome by 1479. Pope Pius V extended its use to the entire Roman Rite by his Apostolic Constitution Quo primum (14 July 1570). Even if it occurs inside Lent on the expected date of 19 March, it is still observed as a Solemnity of a Saint—this is one of the few times during Lent the Gloria may be said or sung, the vesture is changed from the purple or violet of Lent to white, or gold (as it would be for such a solemnity normally), the Collect and the Eucharistic Prayer’s Preface and other prayers are from the Solemnity and not Lent, the hymns are more joyful, and the Creed is said. However, the Alleluia is still not used, the Tract being used instead, per Lenten regulations.

Between 1870 and 1955, an additional feast was celebrated in honor of Saint Joseph as Spouse of the Blessed Virgin Mary and Patron of the Universal Church, the latter title having been given to him by Pope Pius IX. Originally celebrated on the third Sunday after Easter with an octave, after Divino Afflatu of Saint Pius X (see Reform of the Roman Breviary by Pope Pius X), it was moved to the preceding Wednesday (because Wednesday was the day of the week dedicated explicitly to St. Joseph, St. John the Baptist and local patrons). The feast was also retitled The Solemnity of Saint Joseph. This celebration and its accompanying octave were abolished during the modernization and simplification of rubrics under Pope Pius XII in 1955. 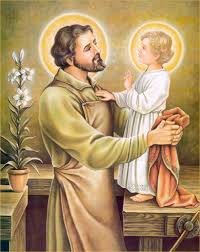 Joseph is portrayed in art with grey hair and a beard, an older figure next to Mary and Jesus, often in the background. In the pope’s Apostolic Letter entitled Patris Corde, he wrote, “In his relationship to Jesus, Joseph was the earthly shadow of the heavenly Father. He watched over him and protected him, never leaving him to go his own way. We can think of Moses’ words to Israel: ‘In the wilderness … you saw how the Lord your God carried you, just as one carries a child, all the way that you traveled’ (Deuteronomy 1:31). Similarly, Joseph acted as a father for his whole life.”

In every exercise of fatherhood, we should always keep in mind that it has nothing to do with possession but is instead a “sign” pointing to greater fatherhood. In a way, we are all like Joseph:

a shadow of the heavenly Father, who “makes his sun rise on the evil and the good, and sends rain on the just and the unjust” (Mt 5:45). And a shadow that follows his Son.

At the same time, Pope Pius XII established an additional Feast of “St. Joseph the Worker,”  to be celebrated on 1 May to coincide with International Workers’ Day (May Day) in many countries.

Even though Joseph’s fears, God’s will, his history, and his plan were at work. Joseph, then, teaches us that faith in God includes believing that he can work even through our fears, our frailties, and our weaknesses. He also teaches us that amid the storms of life, we must never be afraid to let the Lord steer our course. We sometimes want to be in complete control, yet God always sees the bigger picture.

As he had done with Mary, God revealed his saving plan to Joseph. He did so by using dreams, which in the Bible and among all ancient peoples, were considered a way to make his will known. 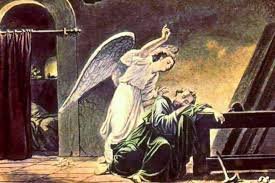 God called Saint Joseph to serve the person and mission of Jesus directly through the exercise of his fatherhood and that in this way, “he cooperated in the fullness of time in the great mystery of salvation and is truly a minister of salvation.”

Joseph accepted Mary unconditionally. He trusted in the angel’s words. The spiritual path that Joseph traces for us does not explain but accepts. Joseph’s attitude encourages us to accept and welcome others as they are, without exception, and to show particular concern for the weak, for God chooses what is weak (cf. 1 Cor 1:27). He is the “Father of orphans and protector of widows” (Ps 68:6), who commands us to love the stranger in our midst.

Joseph was the man chosen by God to guide the beginnings of the history of redemption. He was the true “miracle” by God saving the child and his mother. 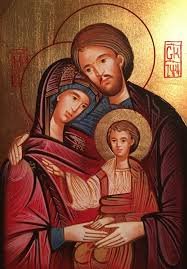 At the end of every account in which Joseph plays a role, the Gospel tells us that he gets up, takes the child and his mother, and does what God commanded him (cf. Mt 1:24; 2:14.21). Indeed, Jesus and Mary, his Mother, are the most precious treasure of our faith.

The Son of the Almighty came into our world in a state of significant vulnerability. He needed to be defended, protected, cared for, and raised by Joseph. God trusted Joseph, as did Mary, who found in him someone who would not only save her life but would always provide for her and her child. In this sense, Saint Joseph could not be other than the Guardian of the Church, for the Church is the continuation of the Body of Christ in history, even as Mary’s motherhood is reflected in the motherhood of the Church. In his continued protection of the Church, Joseph continues to protect the child and his mother, and we, too, by our love for the Church, continue to love the child and his mother. 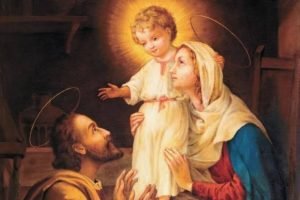 That child would go on to say: “As you did it to one of the least of these who are members of my family, you did it to me” (Mt 25:40).  Consequently, every poor, needy, suffering, or dying person, every stranger, every prisoner, every infirm person is “the child” whom Joseph continues to protect. For this reason, Saint Joseph is invoked as the protector of the unfortunate, the needy, exiles, the afflicted, the poor, and the dying.  Consequently, the Church cannot fail to show a special love for the least of our brothers and sisters, for Jesus showed particular concern for them and personally identified with them. From Saint Joseph, we must learn that same care and responsibility. We must learn to love the child and his mother, to love the sacraments and charity, to love the Church and the poor. Each of these realities is always the child and his mother. 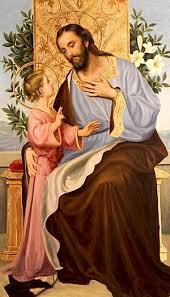 An aspect of Saint Joseph that has been emphasized from the time of the first social Encyclical, Pope Leo XIII’s Rerum Novarum, is his relation to work. Saint Joseph was a carpenter who earned an honest living to provide for his family. From him, Jesus learned the value, the dignity, and the joy of what it means to eat bread that is the fruit of one’s labor.

Being a father entails introducing children to life and reality and not holding them back, being overprotective or possessive, but instead making them capable of deciding for themselves, enjoying freedom, and exploring new possibilities. Perhaps, for this reason, Joseph is traditionally called a “most chaste” father. That title is not simply a sign of affection but the summation of an attitude opposite of possessiveness. Chastity is freedom from possessiveness in every sphere of one’s life. Only when love is chaste is it genuinely love.

Joseph knew how to love with extraordinary freedom. He never made himself the center of things. He did not think of himself but focused instead on the lives of Mary and Jesus. 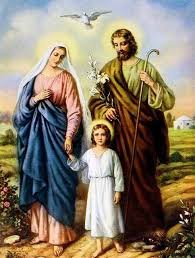 Joseph found happiness, not in mere self-sacrifice but self-gift. In him, we never see frustration but only trust. His patient silence was the prelude to concrete expressions of faith.

The circumstances of Joseph’s death are not known, but, likely, he died before

Jesus’s ministry began, implying that he was dead before the Crucifixion (John 19:26-27).