Different Names of Satan and What They Mean The one who does what is sinful is of the devil, because the devil has been sinning from the beginning. The reason the Son of God appeared was to destroy the devil’s work.

Different Names of Satan and What They Mean 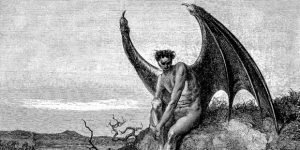 The devil is in the details.

We often use various names for Satan interchangeably, but do we know what they mean and why we use them?

While, for the most part, we use the names that we find in scripture, they also have a rich philological history that helps us recognize who Satan is and his mission on earth.

The Different Names of Satan and What They Mean: 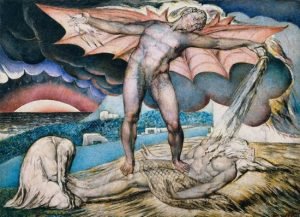 “For the accuser of our brothers is cast out, who accuses them before our God day and night.” (Revelations 12:10)

In the book of Job, we see Satan stand before God and accuse a righteous man named Job, claiming that Job is only faithful because God had blessed him abundantly (Job 1:9–10). Satan poses that if Job is put to the test, he would ultimately turn from God and forsake his righteous life (verse 11; 2:4–5). In His supremacy, God knows that Job will remain steadfast, and He gives Satan the accuser consent to test Job.

The book of Revelation states more regarding Satan’s character as accuser: “Then I heard a loud voice in heaven say: ‘Now have come the salvation and the power and the kingdom of our God, and the authority of his Messiah. For the accuser of our brothers and sisters, who accuses them before our God day and night, has been hurled down” (Revelation 12:10). Satan is persistent and never-ending in his accusations—he accuses God’s children endlessly. He loathes God and all that God is, which means he also hates God’s mercy and forgiveness to widespread sinful humanity. Satan, the accuser, stands before God in an attempt to somehow diminish God’s love and mercy. Fortunately, Satan’s accusations against us fall on deaf ears: “Who will bring any charge against those whom God has chosen? It is God who justifies” (Romans 8:33). Salvation belongs to the Lord, and Lords cannot reverse his justification. God is greater than our accuser. 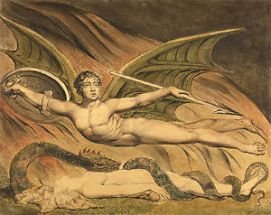 DEVIL: “To throw apart, To separate.”

“Those on the path are the ones who have heard, but the devil comes and take away the word from their hearts that they may not believe and be saved.” (Luke 8:12) 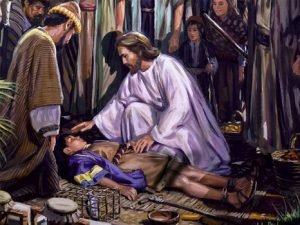 “Jesus rebuked him, and the demon came out of him, and from that hour the boy was cured.” (Matthew 17:18)

In the New Testament, the term demon is often used interchangeably with the evil spirit. These wicked entities defile and bring evil to humans—they desire to inflict physical harm, disability, and sickness rather than moral falsification.

In Luke 11:24–26, we come across an example of evil spirits associated with moral evil. Jesus tells a parable to illustrate that defeating Satan and casting out evil spirits is not the ultimate goal of the Christian’s life. True disciples must do more than merely sweeps away unclean spirits. To keep evil from setting up camp in our spiritual houses, we must fill our lives with the good things of God and His Kingdom.

LUCIFER: “Light-bearer” or “morning star” (before his fall) 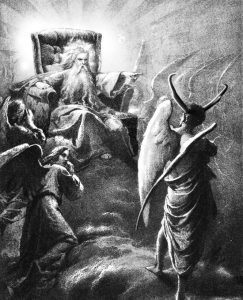 “How you have fallen from the heavens, O Morning Star son of the dawn! How you have been cut down to the earth, you who conquered the nations!” (Isaiah 14:12)

The “morning star” principle is not the only image that is applied to both Jesus and Satan. In Revelation 5:5, Jesus is referred to as the Lion of the tribe of Judah. In 1 Peter 5:8, Satan is comparable to a lion, seeking to devour someone. The point is, both Jesus and Satan have similarities to lions. Jesus is comparable to a lion in that He is the King, and He is royal and majestic. Satan is also like a lion that seeks to wolf down other creatures. This is the likeness between Jesus, Satan, and lions end, nevertheless. Jesus and Satan are similar to lions in very different ways.

The  “bright morning star” is a star that outshines all, and Jesus is the only  One who is called “bright.” Satan was a morning star. Jesus, as the God incarnate, the Lord God of the universe, is the “bright and morning star.” Jesus is the holiest and powerful “light” in all the universe. Even Jesus and Satan are described as “morning stars,” they cannot level nor equal. Satan is a created being. Satans’ light only occurs to the extent that God created while Jesus is the light of the world (John 9:5). Only Jesus’ light is “bright” and self-existent.

A Prayer to Defeat the Work of Satan

in union with your Divine Son and the Holy Spirit,

and through the Immaculate Heart of Mary,

I beg You to destroy the Power of your greatest enemy – the evil spirits.

Cast them into the deepest recesses of hell and chain them there forever!

Take possession of your Kingdom, which You have created

and which is rightfully yours.

Heavenly Father, give us the reign of the Sacred Heart of Jesus and the Immaculate Heart of Mary

I repeat this prayer out of pure love for You