HELL, is it Real?

HELL, is it Real?

They were seized and endured the inescapable fate, for, with one chain of darkness, they all were bound. 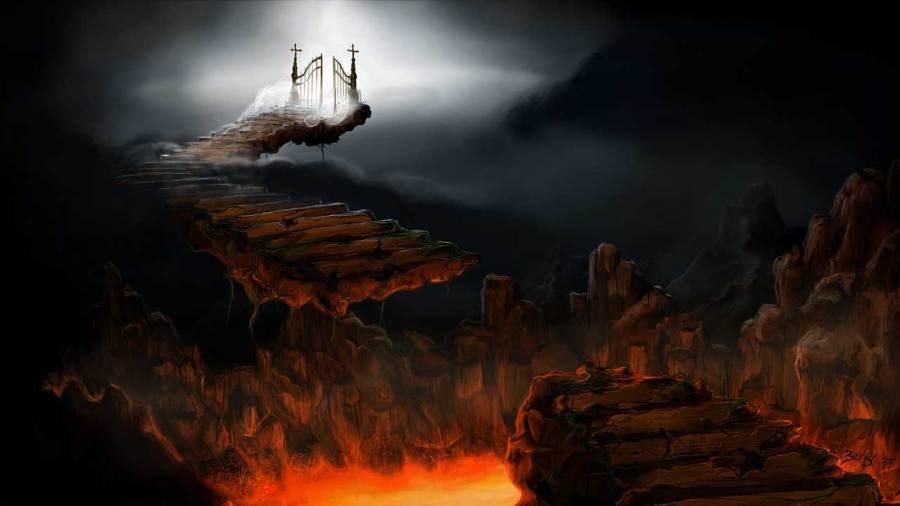 The big question, is HELL Real? Well, a big HELL YES! it is REAL! and better take it seriously. All the authors of the bible have written and talked about them, Apostles Mark, John, Matthew, Luke, Paul, and John, and it is even in the Book of Hebrews. And Don’t forget that Jesus had descended to hell before He ascended to heaven. And I, too personally, can attest to it.

I don’t want to lay a claim to a  gift I have, or I may not have, these moments that I usually have that I am with Our Lord Jesus Christ in my dreams. This is the reason why I never stop talking about Him and continue to speak about my faith in my way, the best that I could.

There was a point in my life that I was suffering gravely, and I, too, suffers spiritual confusion. At a time in my dreams, Jesus our Lord mighty God took me to this very vast area that was illuminated by countless candles…and the Lord said to me, ‘each candle represents one of you.’ (each person, each one on earth). As I look around at the center, among all was a different candle that represents the Holy See, The Pope. The rest has the same one, they only differ according to their height, some are still taller than the rest, there candles on their mid, while there also some that seems to be almost on their concluding stage; and some lights are so dim, some appear to be so restless, some looks just right and steady, but some candles are surprisingly so bright. These lights represent how we are living our life.

But what was disturbing me were the candles burning from the ground, so I asked Our Lord Father, what are those? He said, “come and look,” so we walked a little, then, there in front of me were three more candles that are more severely burning than the rest that I saw, and right there and then the ground opened and swallowed the three candles. Then He said again, “that three persons had already chosen hell over me while still living and shall go straight to hell, and will no longer receive judgment.” 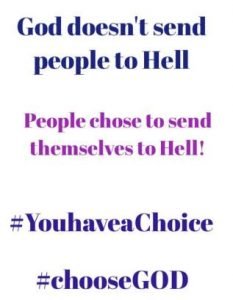 Jesus spoke of hell as a prison and torture chamber, outer darkness, and unquenchable fire. 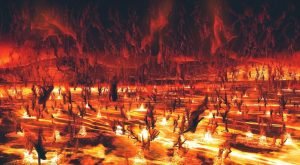 Does this depict Hell to you?

Many people today has no idea of hell at all, for they do not believe that it exists. But the fact that Jesus insisted on the reality of eternal punishment is one strong is one strong reason for believing its existence.

“The dogma of hell is not ‘medieval’: It is Christ’s! One cannot get rid of it without tearing the New Testament to crumb.” Besides, if everything is going to turn out the same for all of us no matter how we live, if Mother Teresa and Osama Bin Laden are going to break bread together at the Heavenly feast, why struggle to grow in virtue? Without the possibility of heaven and hell, our life choices are useless and meaningless.

Like heaven, hell defies description. What we do know of it indicates a state of unending suffering, the worst of it which is being forever unable to enjoy the goal for which we were created. On earth, as Saint Augustine said, “our hearts are unhappy and restless until they rest in God. In hell, where choosing God is no longer possible, restlessness becomes unfathomable anguish.” 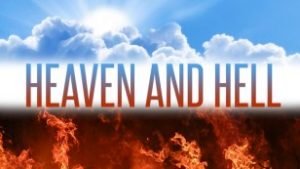 No one can penetrate the mental state of those who are in hell. 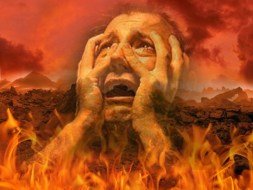 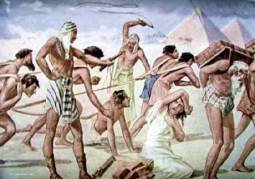 Though we usually think of hell mainly in terms of its physical torments, it is mental anguish that out here. The Egyptians – read, the damned– are trembling, terrified, mocked and jeered, paralyzed, powerless, sick at heart, more burdensome to themselves than the oppressive darkness, which is a sign of their separation from God, who is light.

“Enter through the narrow gate,” Jesus tells us (Matthew 7.13) 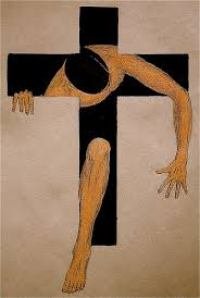 Thinking about hell once in a while can help us resolve to do just that.

We all have a choice to choose Heaven or Hell. Choose wisely.