And the Word became flesh and lived among us, and we have seen His glory, the glory as of a father’s only son, full of grace and truth.
-John 1.14 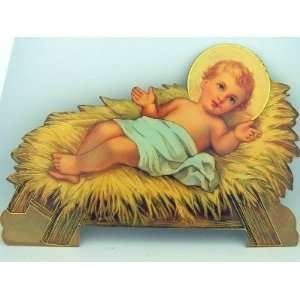 This verse from the gospel reading for Christmas day is a mini-explanation of the great mystery we celebrate during Christmas and Epiphany’s liturgical season. If it sounds abstract, try thinking of it as the hidden caption under every manger scene. Look, it tells us this is a real infant. He cries, nurses, drool and fills his diapers like any newborn. And this is the eternal Son – Emmanuel, God with us.

The revelation of God’s humility is one of the profound mysteries of the incarnation. Before Jesus came to us, who could have imagined the creator becoming so small and dependent? God was so powerful and majestic. He commanded floods, split the sea, and revealed Himself in pillars of fire and mountains that smoked. People quaked with fear at His presence. Everybody knows that God is great. It took a baby in a manger to show us that God is also less.

At Christmas, we celebrate the incredible fact that God, who rules the universe, became one of us. He didn’t just slip into a human body in disguise; He became flesh. He didn’t accomplish our salvation from a safe distance; He made His dwelling among us. God settled in with us and shared our daily life. 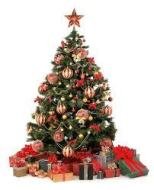 In Western Society, Christmas conjures up many images in people’s minds: Santa Claus, stockings, presents, the Christmas Tree, greenery, lights, snow, and more. While these images bring joy to many, they are only peripherally connected to the original feast. Modern Western society, and some versions of Christianity, have to a large degree taken Christmas outside of its place within the Church year, where it follows the expectant season of Advent. Liturgically (i.e., Within the Church Year), Christmas does not even begin until December 25th, although according to major retailers, the Christmas season practically starts before Halloween. 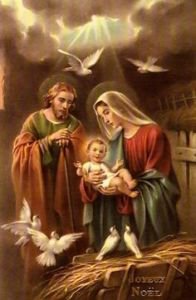 So, what is the original meaning of Christmas? Christmas is the feast of the Incarnation, the celebration of the birth of Jesus Christ, true God and true man, as a baby in Bethlehem, within the realm of history. While many Christians recognize Christmas as a celebration of Jesus’ birth, the solemnity is also a festival of his Incarnation, God becoming human in the person of Jesus. Outside of the Catholic and Orthodox Churches and a few others, the idea of Christmas as a season has nearly disappeared. Although secular traditions are fun and endearing, Christmas is primarily a Christian holy day. Even the term itself is an abbreviation of the phrase “Christ-mass,” which reflects the primary understanding of Christmas as a feast day within the Church year, connected to the Eucharist. Unfortunately, in recent times, celebrating Christmas with the Church has taken a back seat to food preparation, gift opening, and other festivities that, while good, are only secondary activities that are not meant to replace the primary “reason for the season”: celebrating the birth of Jesus Christ. While many mention the need to put Christ back in Christmas, the need is greater than that. As an Anglican priest once noted: we need to put the “mass” back in Christmas too. 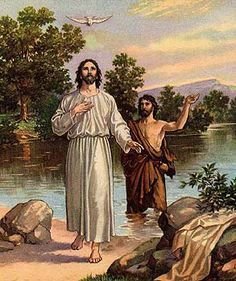 Baptism of the Lord

Christmastide is the name given for the time surrounding Christmas Day. In the current Catholic calendar, Christmastide lasts from Christmas Day until the Baptism of our Lord, which is the Sunday following January 6th. This time includes many other important Christian Holy Days. The 12 days of Christmas, the time from December 25th until the Epiphany (Jan. 6th), have often been recognized as a time for special feasting. In fact, Christmastide used to refer to the 12 Days of Christmas, and some still use “Christmastide” to refer to this period. In the past, the season of Christmas lasted from Christmas until Candlemas, and superstitions developed, e.g., That there was bad luck ahead for those who left Christmas decorations up after Candlemas. The octave of Christmas lasts from December 25th until January 1st, the Solemnity of Mary, the Mother of God. Of note, Christmas falls exactly 9 months after the Feast of the Annunciation, the feast day commemorating Jesus’ conception.

Epiphany points to another cause for celebration; Jesus didn’t remain incognito. We saw His glory.” Western rite and Eastern-rite Catholics focus on different events here (either the magic visit or Jesus baptismal), but both highlight the merciful revelation of Jesus’ identity and mission. 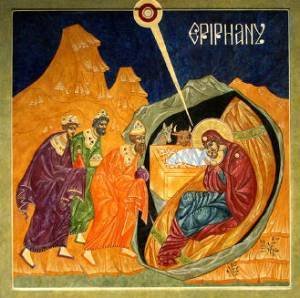 For many years the feast of Epiphany has been overshadowed by that of Christmas. But unless we realize the significance of this great day, we see only one side of the Incarnation mystery. Now, after contemplating the staggering fact that God has become a human child, we turn to look at this mystery from the opposite angle and realize that this seemingly helpless Child is, in fact, the omnipotent God, the King, and Ruler of the universe. The feast of Christ’s divinity completes the feast of His humanity. It fulfills all our Advent longing for the King “who is come with great power and majesty.” We see that whereas Christmas is the family feast of Christianity, Epiphany is the great “world feast of the Catholic Church.”

In this brief introduction, four of the main ideas of the Epiphany will be outlined.

Divine manifestation: The Epiphany takes its name from the Greek epiphania, which denotes a god’s visit to earth. The first idea of the feast is the manifestation of Christ as the Son of God. “Begotten before the daystar and before all ages, the Lord our Savior is this day made manifest to the world.” The feast unites three events in the life of Christ when His divinity, as it were, shines through His humanity: the adoration of the Magi; the baptism of Christ in the Jordan; and the first miracle at the wedding feast of Cana. Moreover, at Epiphany, the Church looks forward to the majestic coming of Christ on the “youngest day” when His manifestation as God will be complete. The Gospels of the baptism and the marriage at Cana are read on the Octave Day and the Second Sunday after Epiphany. Later, Sunday masses in the Epiphany season continue to show the divine power of our Lord in some of His most striking miracles.

Royal kingship: A second important idea in Epiphany is the extension of Christ’s kingship to the whole world. The revelation of Christ to the three kings at Bethlehem is a symbol of His revelation to the whole of the Gentile world. Epiphany presents to us the calling of not merely a chosen few, but all nations to Christianity.

Your Light is Come: Closely linked to both these divine manifestation themes and world kingship is a third idea running through the Epiphany feast: that of light. During Advent, the world was in darkness, and we prayed and waited in the spirit of the Jewish nation, which lived in expectation of the Coming Light for thousands of years. At Christmas, the Light shone forth, but dimly, seen only by a few around the crib: Mary and Joseph and the shepherds. But at Epiphany, the Light bursts forth to all nations, and the prophecy is fulfilled: “The Gentiles shall walk in Thy light, and kings in the brightness of Thy rising.” The mysterious star of Epiphany, “flashing like a flame,” is still another facet of the light-motif, a symbol capable of being interpreted in a dozen different ways.

How much food for thought and reflection is contained in just these three ideas, and what a significance they have in our own time! Epiphany lifts our eyes from the family celebrations and demands that we should include in our vision “all the ends of the earth.” It demands that, like the three wise men, we should have the courage to follow the light of the star we have seen, however hazardous the journey; that the light of our faith, like that of the wise men, should be so strong that we can see and recognize our Lord and Ruler in however unexpected away He may present Himself to us; and that having recognized Him, we should bow down and adore Him, offering Him our total loyalty.

Moreover, Epiphany demands that like these kings, we should return to our own countries a different way, carrying all those we meet the light of Christ. “For behold, darkness shall cover the earth,” says the Epistle of the Epiphany Mass, “and a mist the people: but the Lord shall arise upon Thee, and His glory shall be seen upon Thee. And the Gentiles shall walk in Thy light. . .” These words may be applied to us, upon whom the light of Christ has indeed risen, and who have the responsibility to radiate that light in the darkness of our own world. It is clear how much the feast of Epiphany must mean to all who are engaged in the apostolate and are striving to extend the kingdom of Christ.

The royal nuptials: Besides the important ideas outlined above, there is still another great theme threaded through the Epiphany feast—the theme of the royal nuptials, the wedding of Christ with humanity. It is an idea on a completely different level from the historical events which the Epiphany celebrates, yet inextricably bound up with them; for example, the historical marriage feast of Cana is used by the Church to suggest the setting for Christ’s nuptials with the Church; the wise men represent not only the three Persian Magi adoring the Babe 2000 years ago at Bethlehem, but also the Gentile world hurrying to the wedding feast at the end of time when humanity’s nuptials with the divine Bridegroom will be celebrated; the gold, frankincense, and myrrh are not only tokens for the Baby King in the stable, but royal wedding gifts for the mystical marriage feast of heaven.

The Epiphany antiphon for the hour of Lauds brings out strikingly this theme of the divine marriage of Christ with humanity, and at the same time, shows the deep mystical significance behind the historical events surrounding the feast. Perhaps nowhere more clearly than in this antiphon do we see that on Epiphany we do not commemorate a set of historical facts as much as we celebrate a great mystery: “This day the Church is joined to her heavenly Spouse, for Christ has cleansed her crimes in the Jordan. With gifts, the Magi hasten to the royal nuptials, and the guests are gladdened with wine made from water.”