Advent: Decking Our Souls for the Nativity of Christ Manger with hay and swaddling clothes in old stable

Advent: Decking Our Souls for the Nativity of Christ 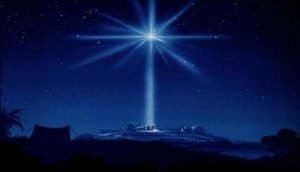 This season is like cleaning the house for a Christmas party.

During December, many people spend their time preparing for Christmas. People plan food, shop, and spend hours decorating their halls with boughs of holly. This is altogether fitting for a beautiful holiday. But a few days after Christmas, or, at most, the feast of the Epiphany, all the presents will be opened in many households, with some returned, and the food will have been eaten, and the decorations are taken down or thrown into the trash.

The Church thoughtfully provides Christians with the season of Advent (a word which means “coming”) for just such a spiritual preparation. What coming are we preparing for? The coming of Christ.

For this preparation to be true, one must understand that there are three comings of Christ. The first is his coming in time, which occurred 2,000 years ago. The whole human race spent centuries preparing for this coming in, which the Word of God took flesh in the Virgin Mary and was shown to the world to die on the cross and save us from sin. All the prophets prepared for this coming. The last and greatest of them, St. John the Baptist, completes this preparation with his baptism. “I baptize you with water … but he who is coming after me is mightier than I. … He will baptize you in the Holy Spirit and with fire” (Matthew 3:11).

We know the day and the hour of this coming. But this coming looks forward to another coming.

We do not know the time for the coming of Christ at the end of time. He, who once came in time in humility, obedience, and suffering, will come in power and glory as the judge of the living and the dead. We are called upon to: “Stay awake, for you do not know the day or the hour” (Matthew 25:13).

The judgment of Christ at the end of time will be based on how much one has imitated his love in humility and obedience on earth.

Those of us who live now stand between the first coming of Christ in time and his second coming in eternity. In light of the crucifixion and resurrection of Christ, and looking forward to the final judgment of Our Lord, we are asked in the season of Advent to address a third coming: the one in the depths of our souls. Christ found a chilly reception when he came into the world 2,000 years ago. There was no room at the inn because the innkeeper was preoccupied with other things.

Today, one needs to ask, “What kind of reception will Christ find in our hearts this Christmas?” Will he find a distracted and egotistical life based on materialism where there will be no room for him? Will it is a place filled with the noise of disordered love, which leads to the rejection of all Christ offers to us and a lack of mercy to others?

One of the Fathers of the Church says that the soul is like a crowded marketplace with all kinds of “loves” competing for attention. This causes warfare in one’s heart and makes the heart cold and closed to the birth by grace of God’s Son.

Healthy Advent preparation of soul involves the desire to root out faults and the desire to grow in virtue. To root out faults caused by the weakness a Christian still experiences after baptism, one must admit one has them. This is painful. It is like cleaning the house for a Christmas party. This cleansing is accomplished by a person examining his or her personal actions with those with whom he or she lives and works on a daily basis.

It goes without saying that mortal sins must be addressed.

But in addition to this, one must address venial sins, which would mar the appearance of the soul as a mirror of Jesus.

The prophet Malachi (3:2) speaks of this preparation when he says: “But who may abide the day of his coming? Or who shall stand when he appears? But he shall refine them like a refiner’s fire.”

How does a refiner refine metal? He puts it in a crucible and heats it. He does a kind of violence to its nature. As the metal becomes liquid, the impurities float to the top. The refiner scrapes them away. He knows the metal is ready to be fashioned into the beautiful vessel when he can see his image in the metal.

Jesus wants to see his image in our hearts by grace. This is why he came into the world. Mortal sins cover the mirror; venial sins mar its surface.

Good Christmas preparation, therefore, demands both a realistic examination of conscience and confession of sins in the sacrament of reconciliation.

This is not enough, though. Preparing the soul properly also entails a deliberate pursuit of the virtues. These are like the decorations of the cleaned and swept house.

They must be born of grace and love of God, and union with God is shown, especially in the love of one’s neighbor.

Some Catholics think that only canonized saints can be truly virtuous and do not realize that every moment of every day is when the virtues can be developed.

St. Francis de Sales puts it well in his Introduction to the Devout Life:

“Opportunities for the practice of fortitude, magnanimity, and magnificence do not often occur, but gentleness, moderation, integrity, and humility are virtues with which all the actions of our lives should be colored. There are virtues nobler than these, but the practice of these is more necessary. Among the virtues, we should prefer that which suits our duty best and not that which is most to our taste, and, although everyone ought to have all the virtues, not everyone is bound to practice them to the same extent. Each ought to give himself especially to those which are required by the kind of life to which he is called.”

By grace in our souls, the third coming of Christ should be our constant concern during Advent.

When Christ comes this Christmas, because of our rooting out of faults and growth in virtue, he will not find “no room at the inn” — but a warm, inviting place to be born. 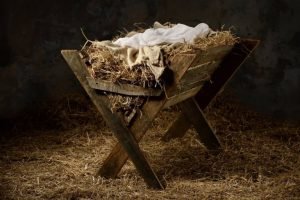 Manger with hay and swaddling clothes in old stable

Copyright secured by Digiprove © 2020 meline Ngo
Acknowledgements: All Imager is from the Net.
Credit, more...